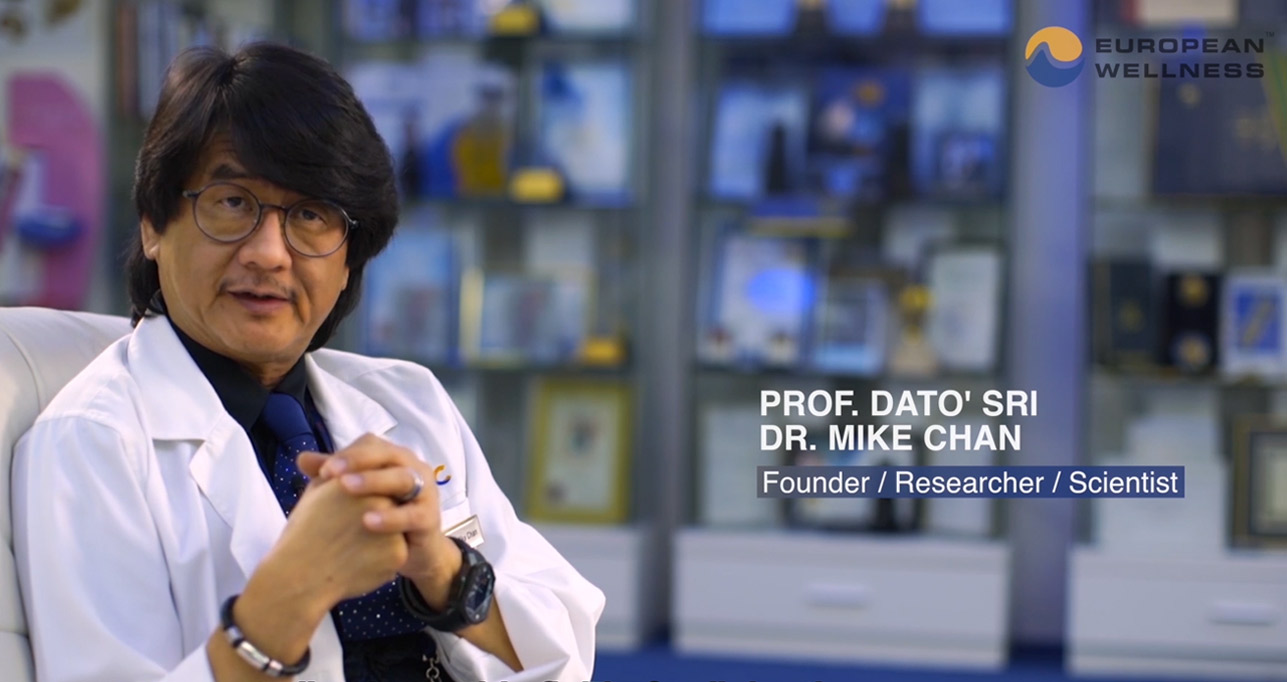 Cell therapy has helped in several cases of untreatable diseases or other chronic diseases ranging from Multiple Sclerosis and Autism Spectrum Disorders to Cerebral Palsy. Due to its success in recent cases, it has gained appreciation among professionals. An Interview with the Avant-gardist on Cell Therapy, Dr. Mike Chan, sheds some light on this exciting field.

Prof. Dr. Chan, why are so few doctors familiar with Regenerative Medicine?

Due to the fact that regenerative medicine is not in the university’s medical curriculum, it has been under the radar. When in fact, there have been reports of success on hundreds of thousands in case reports of patients treated with cell therapy. Due to its unique application, it offers an opportunity to treat various degenerative diseases caused by premature cell death, malfunction of cells and the body’s failure to replace or restore them.

How does Regenerative Cell Therapy work?

Cell Therapy is a purely biological treatment administrated via intramuscular injections to stimulate intra-cellular repair mechanisms and cell rejuvenation and regeneration, thereby slowing down the natural process of aging and counteracting chronic diseases. We have something in the order of 37.2 trillion cells when we are born, amongst those cells we have about 1 stem cell in every 10,000. As we age that number decreases steadily until by the time we die will have zero stem cells. We cannot stop aging but with cellular therapy we can do a bit of reversing, thus delaying the aging process. It’s an exciting time in medical history to be able to provide these cell therapy services and delay the aging process and fight almost any disease, without the use of drugs.

Where has Cell Therapy been used prominently?

Cell therapy was first officially used as a form of medical treatment in Switzerland in 1931 by Paul Niehans, but that has spread over the last eighty years and has gained traction in countries such as Russia, Germany, and China. It is permitted by law in Germany, with the tacit acceptance in Switzerland and Austria, endorsed indirectly by the parliament of the European Union. From the regulatory viewpoint, cell transplants are outside of regulatory controls of the State because they are neither drugs nor ‘therapeutics’, but another form of medication, individually prepared by a physician, for his specific patient, by agreement with his patient, confirmed by the signed informed consent prescribed by law. These cell transplants are prepared for one-time use only, with no shelf life, to be implanted at the time and date set by the physician. These preparations are therefore not distributed through usual channels (i.e., through pharmacies). Currently, cell therapy is not permitted legally in the USA, except under strictly controlled experimental circumstances.

Thanks you for the Interview!

To learn more about cell therapy, you can visit www.villa-medica.com

Prof. Dato’ Sri Dr. Mike KS Chan was recently appointed as senator of BWA (Bundesverband fur Wirtschaftsforderung und Auβenwirtschaft) Global Economic Network, Germany (BWA-51374). He is a pioneer on cellular therapy & stem cell research in Europe since the 1980’s, and heads a renowned Swiss and German company which created a name for itself with its selection of premium anti-aging, regenerative medicine and cellular therapies.

Ageing populations and declining birth rates are becoming a serious issue – even in one of the world’s most populated countries. China’s National Bureau of Statistics revealed that birth-rates in the country have drastically declined in recent years with only 12 million babies born last year (compared to 18 million born in 2016) - the lowest number of births recorded by China since the 1960s!

On July 27, 2022, European Wellness (EW Group) has signed a Memorandum of Understanding (MoU)…

Featured Success Stories
Christy & Shawn share a wonderful experience with EWC’s wellness journey specially designed for them
Browse Our Publications
I am the footer call-to-action block, here you can add some relevant/important information about your company or product. I can be disabled in the theme options.
Get In Touch
Copyright European Wellness. 2022 - All Rights Reserved
Back To Top
×